Churches and monasteries in Serifos

Some of the churches in Serifos

The churches, places intended to meet the needs of Christian worship, are a characteristic and inextricable element of the Greek landscape. Their decoration – whether painting, mosaic or other - always reflects the Orthodox doctrine, following specific style trends and established iconographic programmes. Over the centuries, important architects, builders or painters have contributed to the construction and decoration of the Greek churches, many of which now are scheduled monuments. 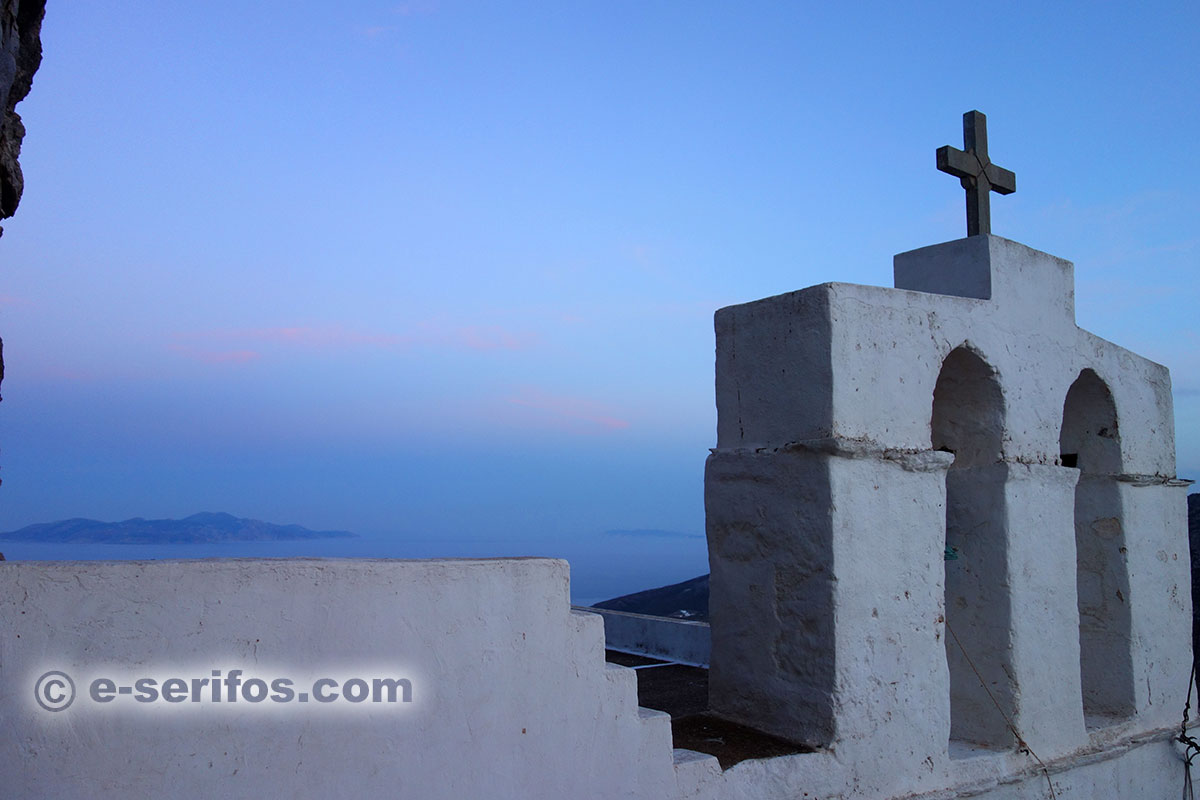 Like the churches, monasteries are closely connected with the history and tradition of Greece. By "monastery" we mean the total number of buildings in which monks or, more generally, the members of a religious community live. Monasteries comprise a central church (called the Catholicon), chapels, the monks’ cells, guest houses, the dining room (the refectory), the kitchen, the library, etc.

The institution of monasticism first made its appearance in the 4th century A.D. with the anchorites (or hermits) and spread very quickly to other areas of the then Byzantine empire. It reached a peak around the 10th century A.D. and this led to the establishment of many monasteries.

The churches of Serifos

In Serifos there are more than 116 churches, many of which are restored Byzantine churches, while others are built in remote places and their access is possible only through paths, and some of them are situated in the settlements, waiting for the visitor to discover them.

Some of those churches and the areas where they are situated are the following:

The church of Panagia is situated at the settelment of Panagia. The church is byzantine and it is the most ancient church of the island, built around 950-1000.

The church is called Xylopanagia because of a custom that used to take place during its celebration, at the festival, which is organized on the fifteenth of August. It is a cruciform basilica and its remarkable frescos date from the 14th and the 17th century. During the revolution of 1821, in which the Serifians participated actively, its cells have been used as a refuge for the refugees from Peloponnesus and from the islands around Serifos

The building has the characteristics of a fortress and it is constructed inside a high surrounding wall and it has only one entrance which is 4m. high, embrasures and a mobile ladder. This construction is due to the fact that the monastery’s wealth had a great reputation, attracting pirates, against who the monks were forced to fight.

The monastery is dedicated to the archangels Michael and Gabriel, who are also the island’s protectors, and their icon that has been transferred from Cyprus is considered to be wonder-working. Its sanctuary is a three-aisled building, single-spaced with a dome. Its frescos, part of which still exist nowadays are said to be created by Emmanuel Scordilis and they represent the fight of the Archangel against the beast of the Revelation, the Dragon, who swallows kings and bishops. The temple’s icons are considered to be a characteristic sample of the Cretan hagiographic school. What’s also very interesting is the relief two-headed eagle on the marble floor (1659), while among the treasures of the monastery there are some remarkable utensils for worship, manuscripts and the Sacred Code (of 1754). In 1909 a library has been founded in the monastery. 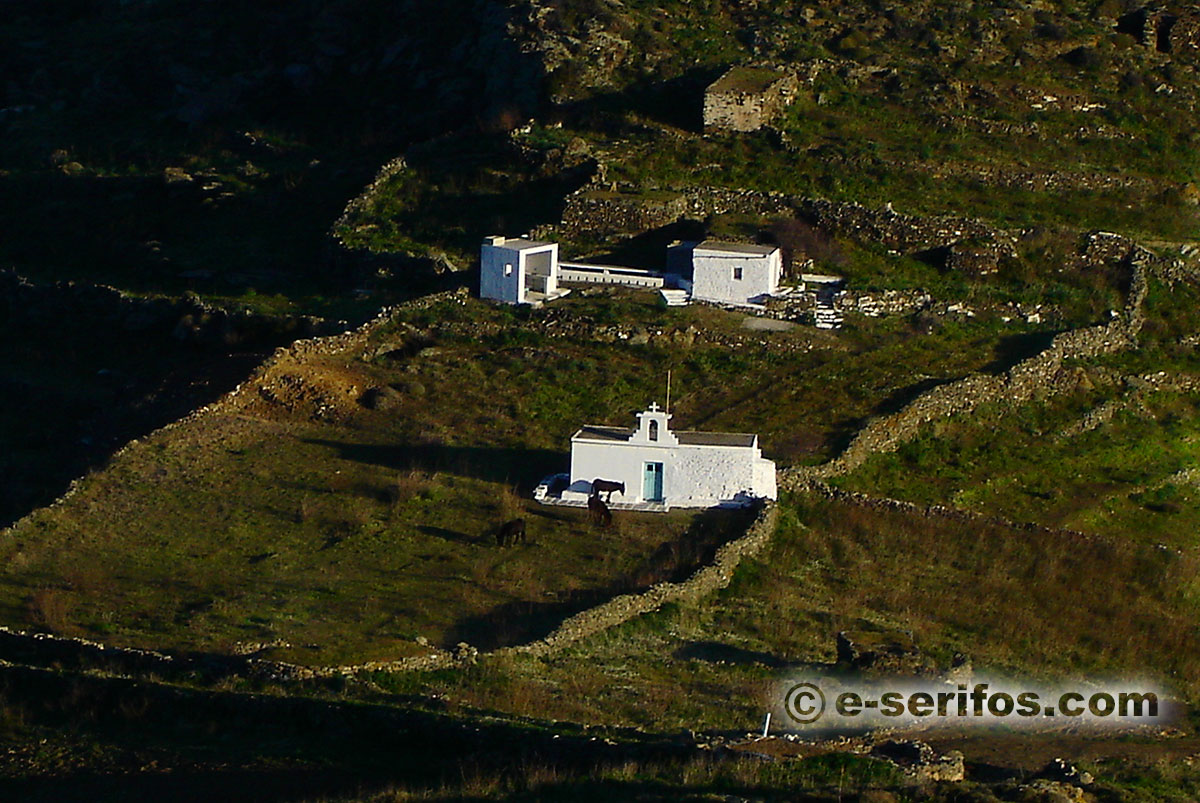 Panagia of Liomandra. The church is situated on the northern side of the island in the small settlement Liomandra. You will have to ask for the keys at the first house of the settlement. The church has a large courtyard in order to welcome all the people who attend the 4! festivals that are organized there every year. Its interior is also interesting because it is built with huge slabs and joists. 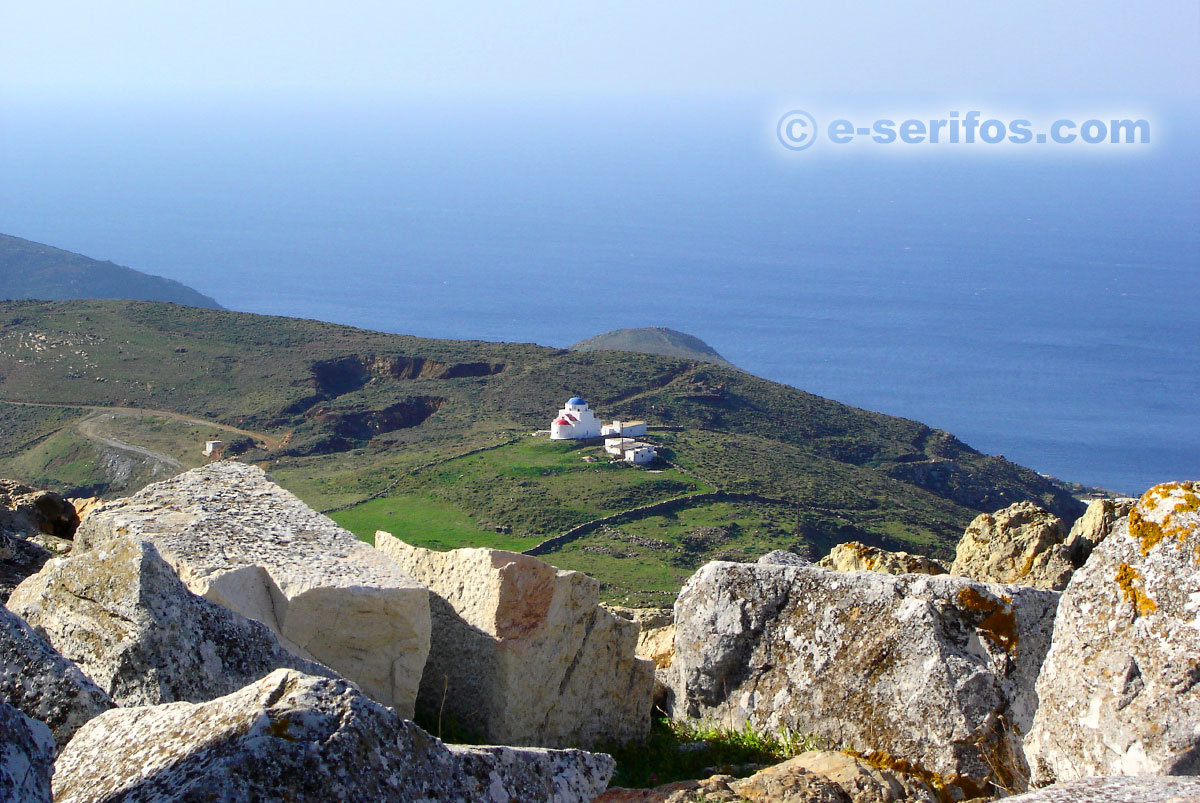 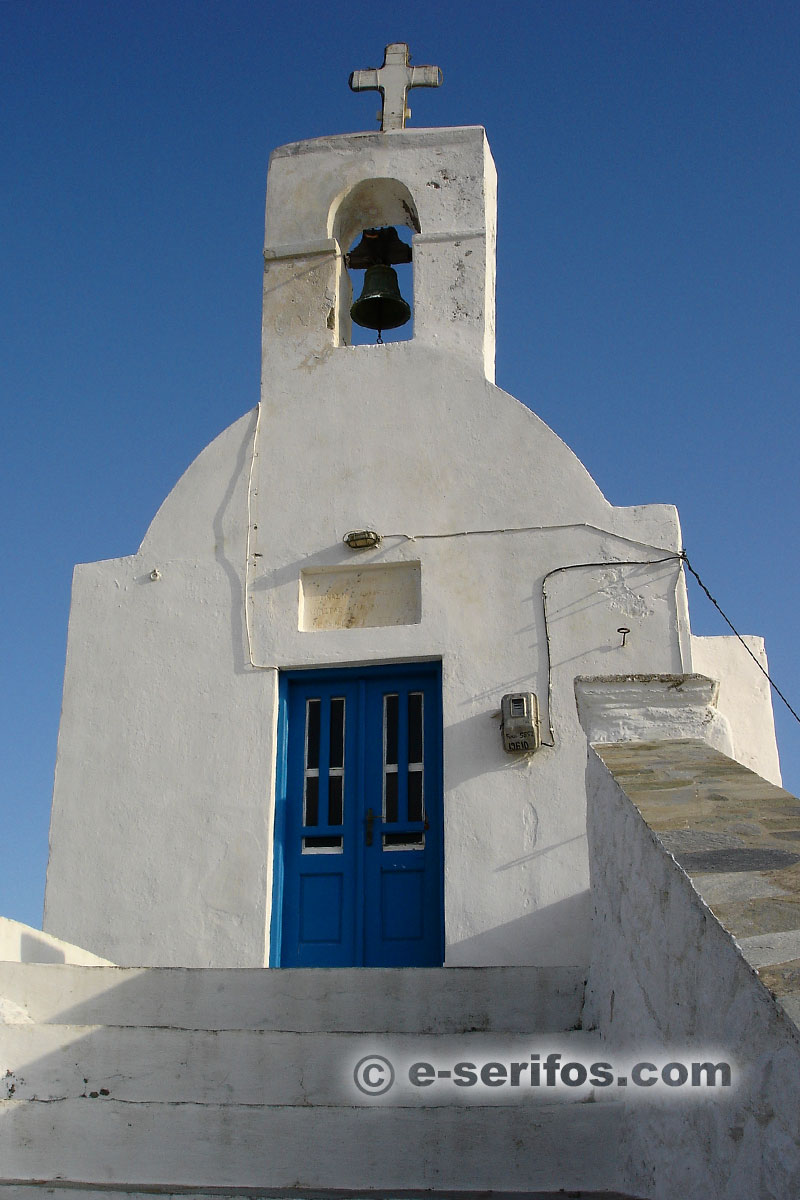 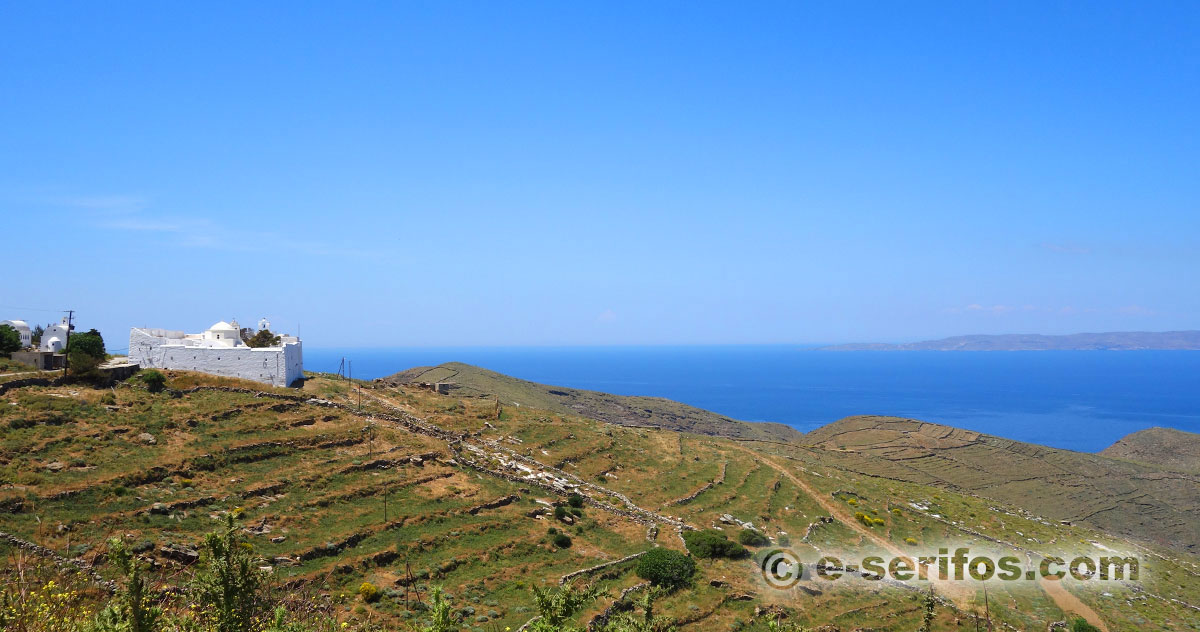 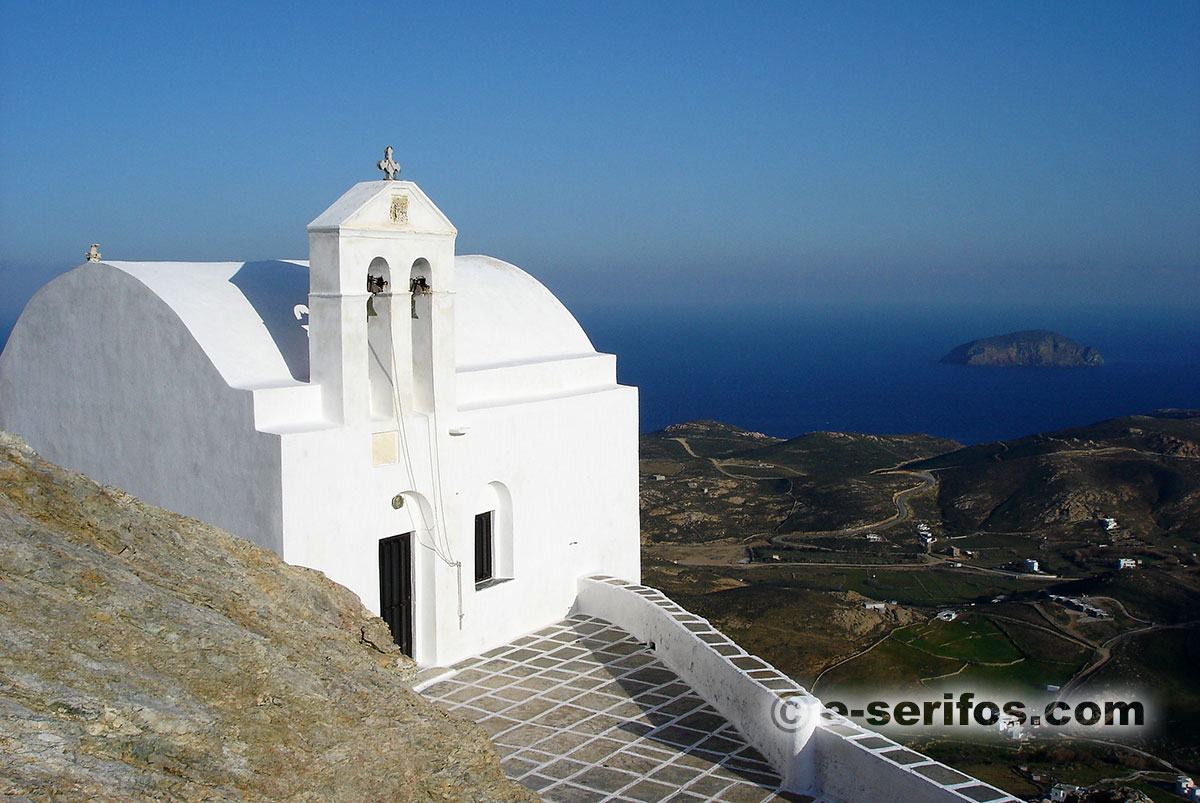 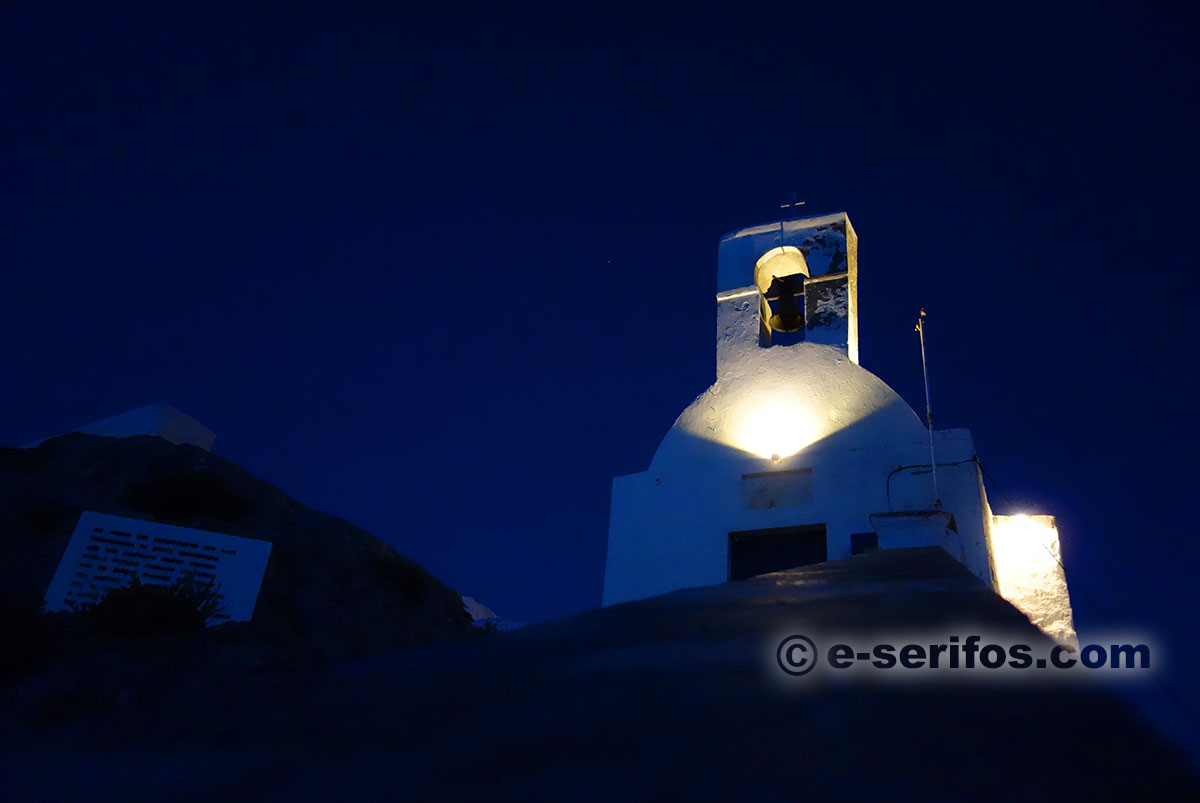 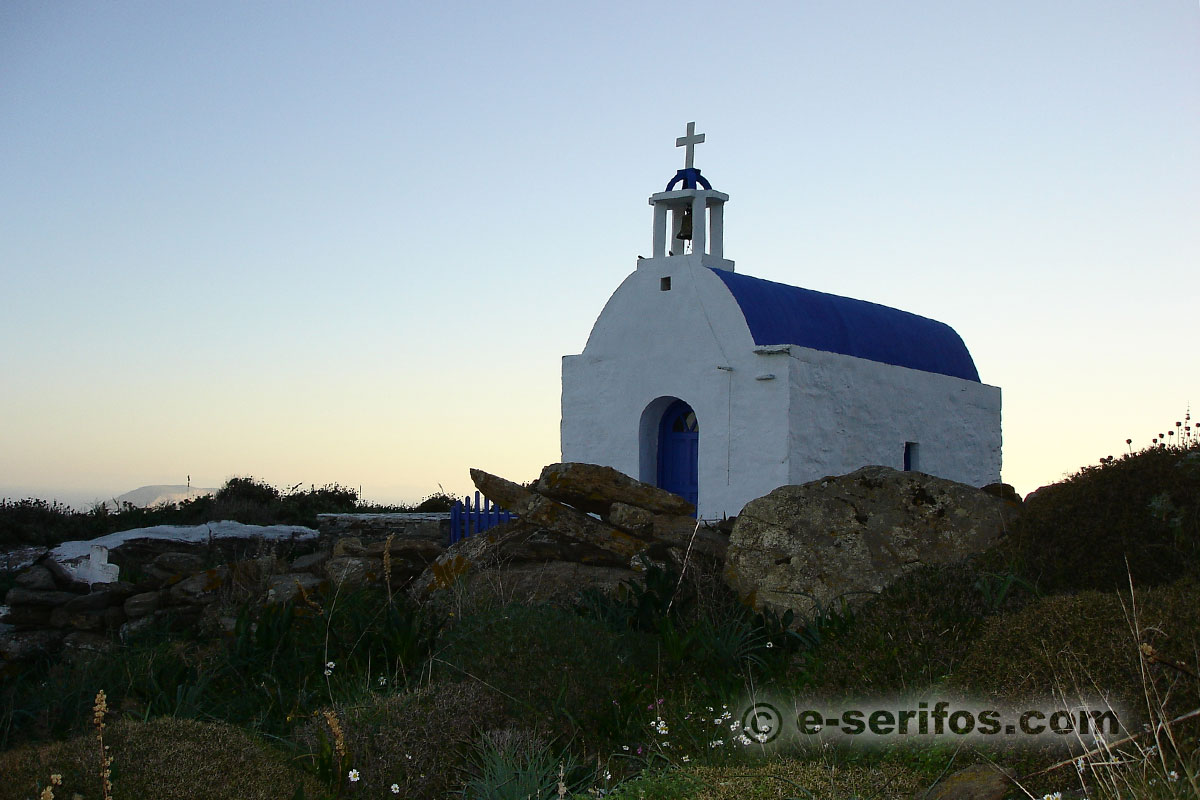 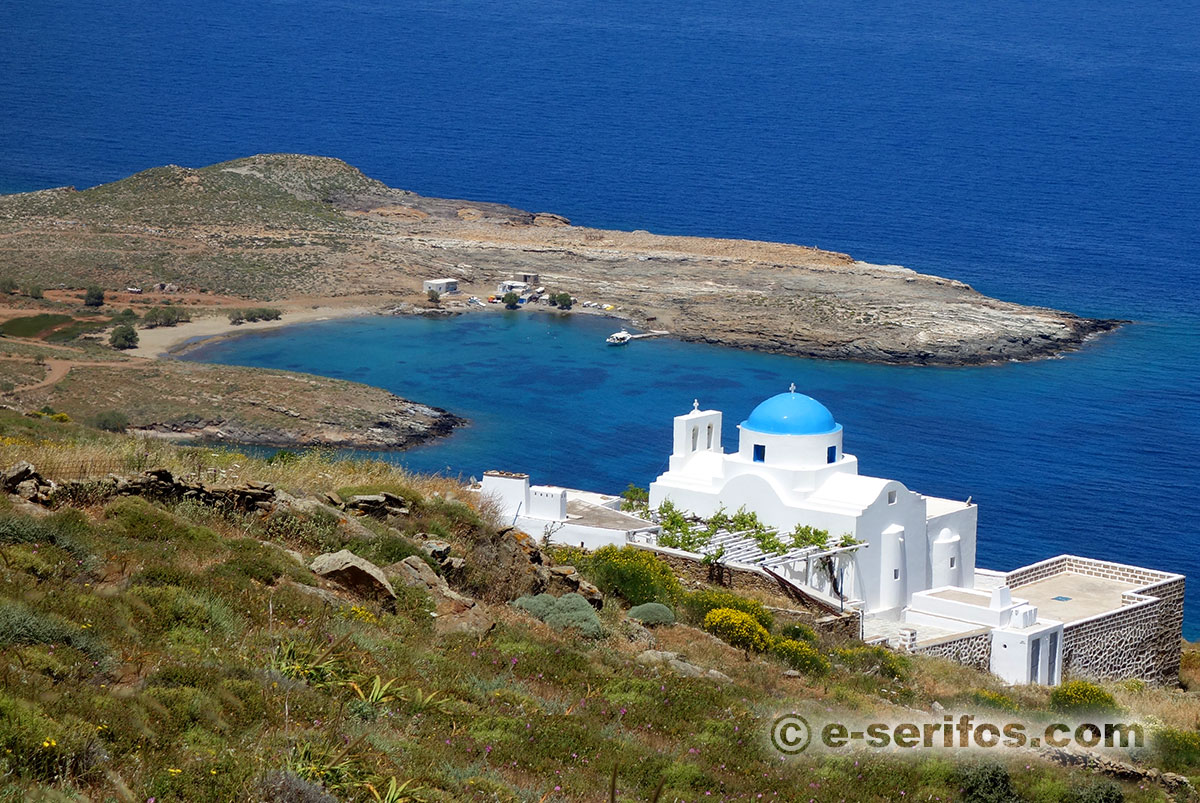 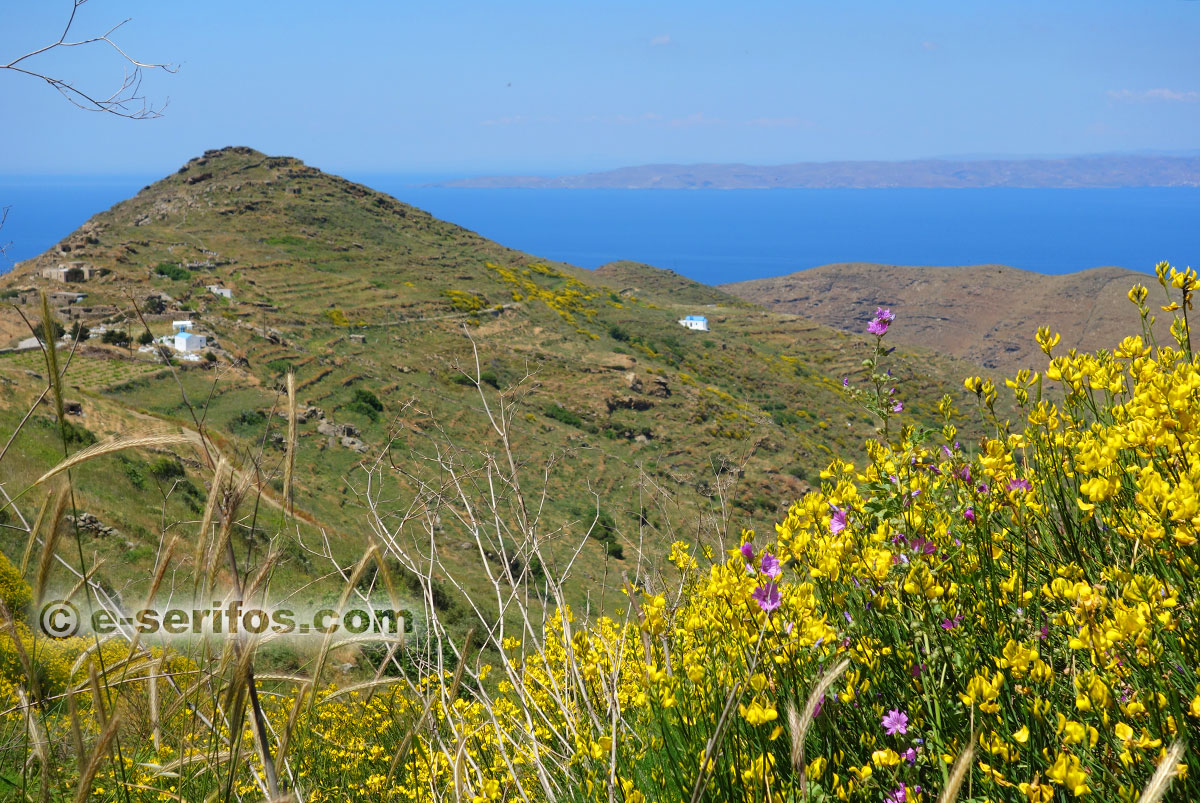 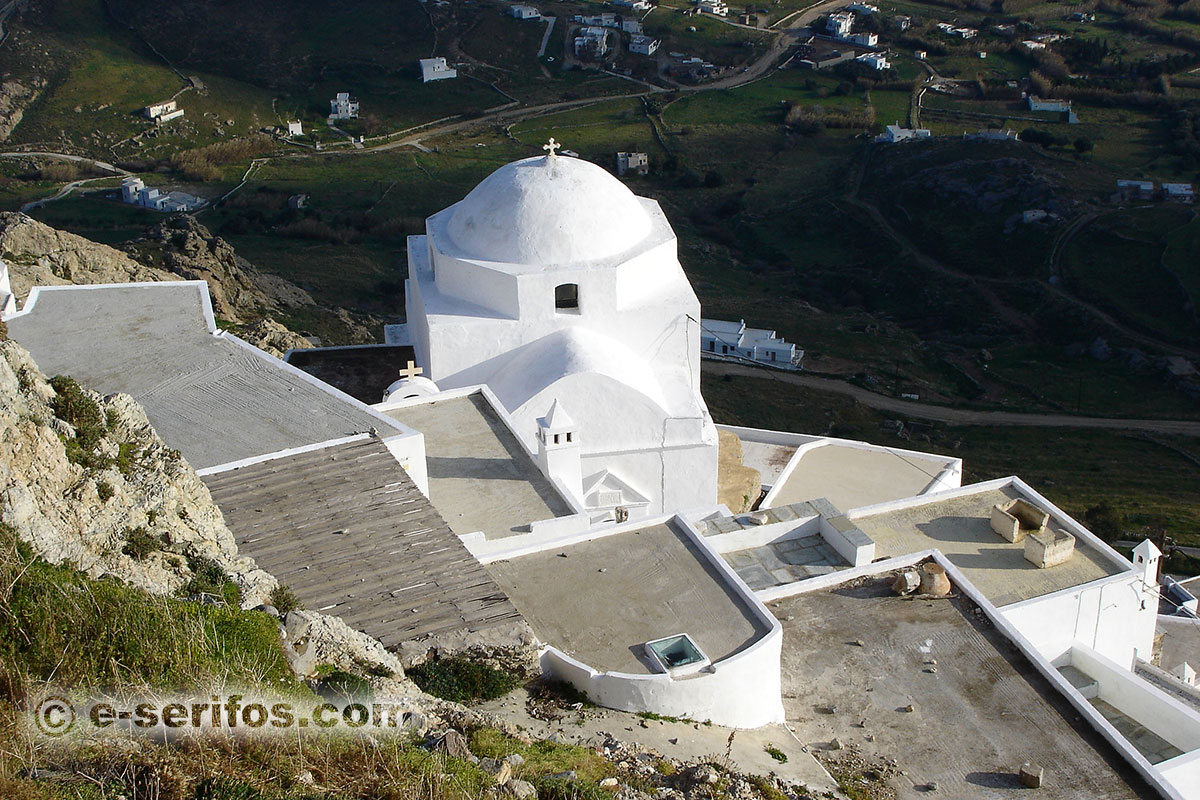