Sights around Megalo Livadi in Serifos

What to see near Megalo Livadi in Serifos

On the way to the settlement of Megalo Livadi the big mineral loading-unloading ladder that stands there imperiously for many years shall get your attention. One of its edges is standing on land and the other one on a pylon made of stone, in the sea.

Here, as well as in Koutalas, there is still a rail system, waggons and machinery that were used for mining works and building ruins.

At the end of the path that starts from the loading ladder, there is a gallery, which is 1 klm long, that runs through the hill of Mountaki and leads to the beach of Kalogeros, however you’d better not go through it without the escort of one of the locals.

After the loading ladder, if you walk on the rocks or if you use a boat you shall arrive in Loutra (Spas). There are two small rooms built of stones, in the interior of which there is a spring of reddish lukewarm water with healing qualities. The buildings have been constructed by the mines’ manager, Gromman and all the workers who were having health problems used to go there to be cured.

When you arrive at the settlement of Megalo Livadi the neoclassic building (of Tsiller’s school), with the big palms, which used to house the headquarters of the mine company "Serifos-Spilialeza", shall steal your heart.

Near the company’s offices there is the heroes’ memorial, reminding of the bloody revolt of the mine workers in 1916, which is an integral part of the island’s history.

In the small settlement there is the church of Agios Ioannis Prodromos, with remarkable frescos dating from the 17th century. 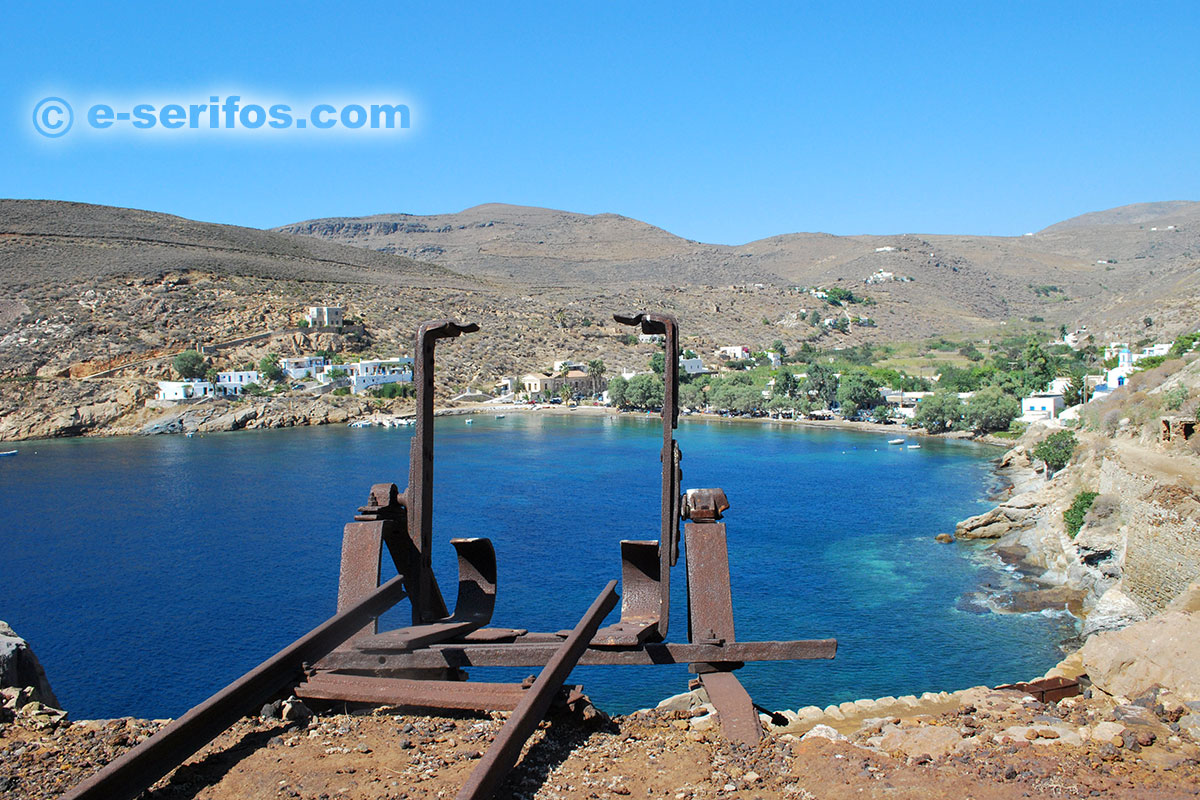 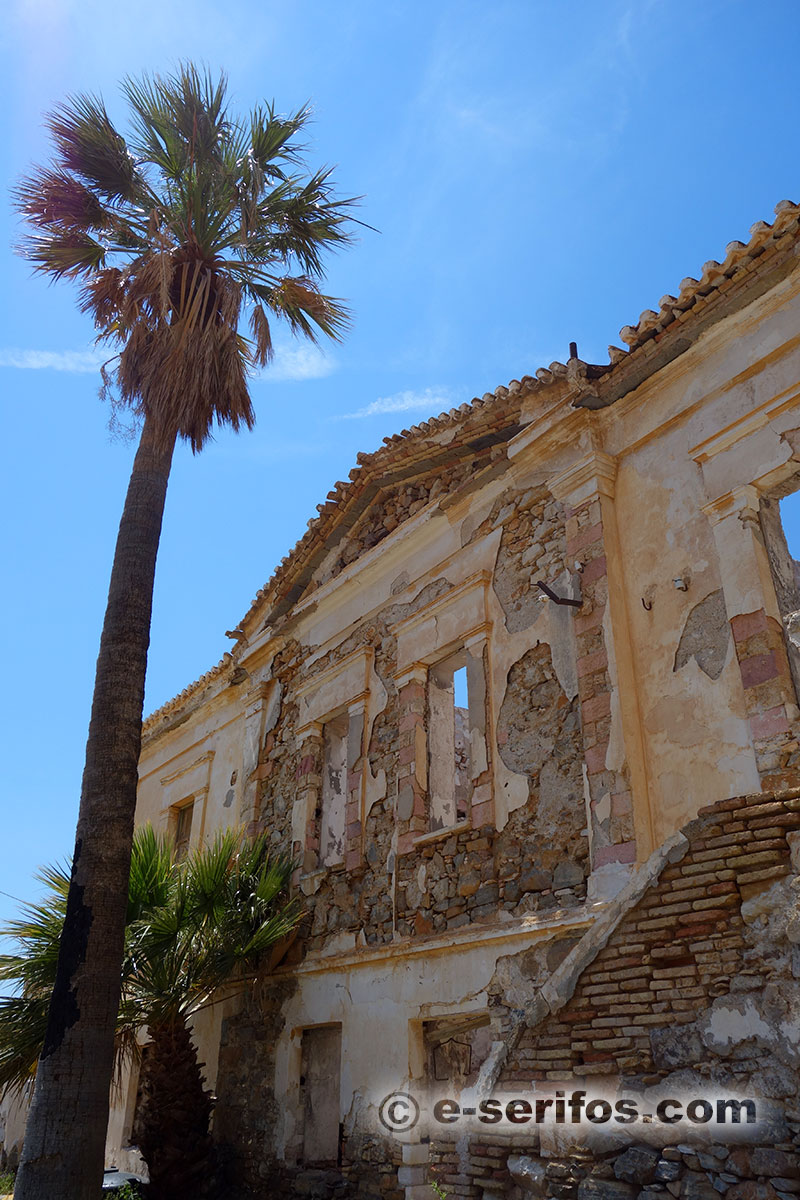 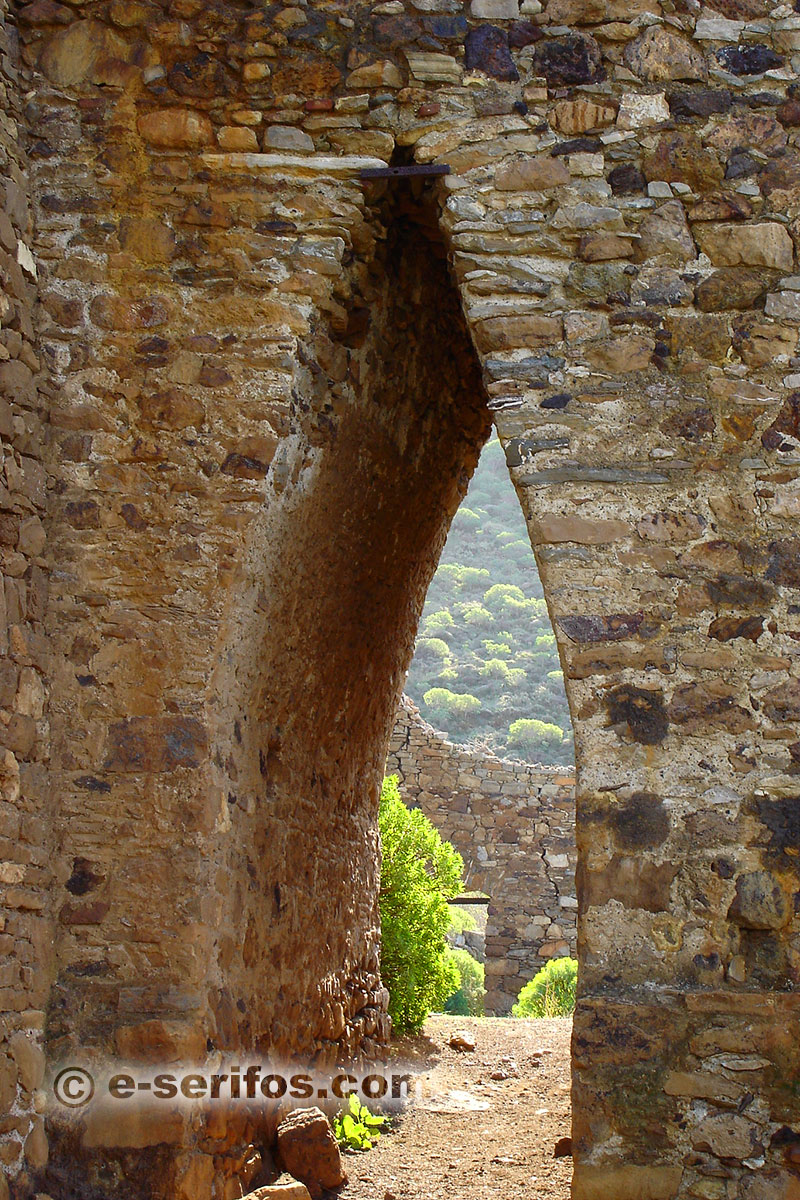 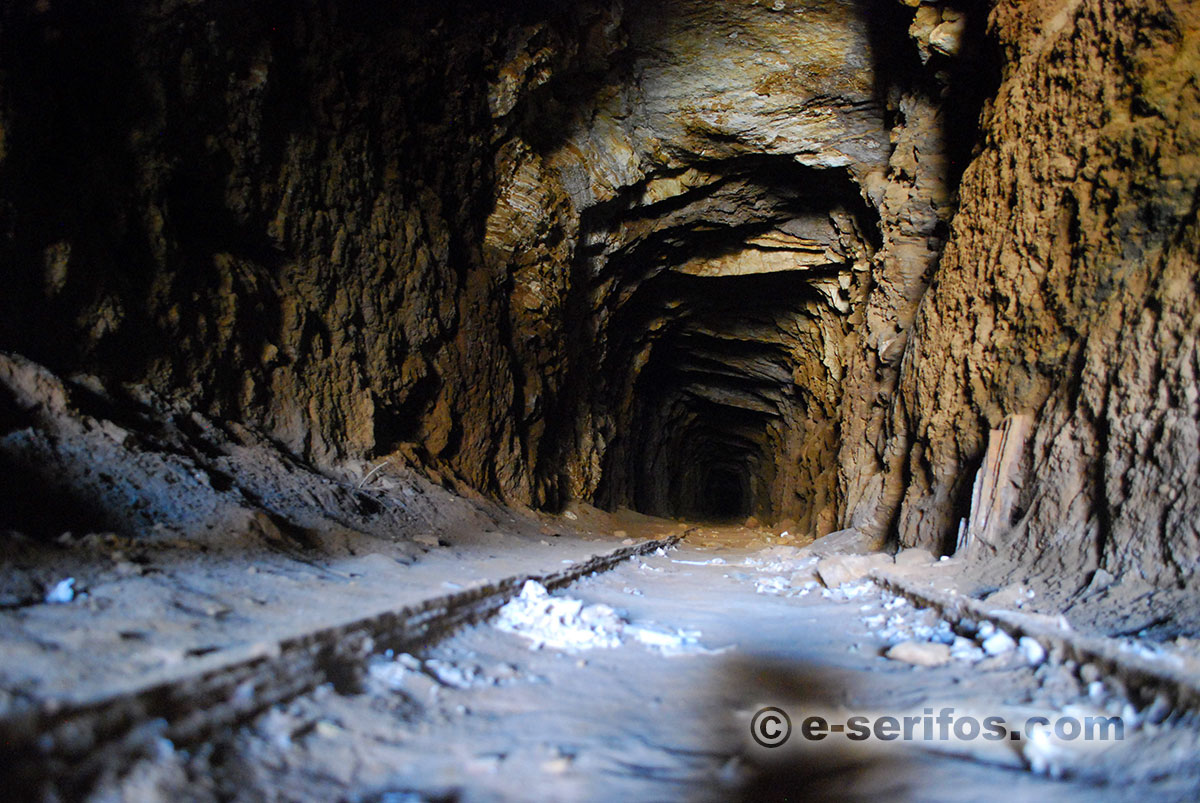 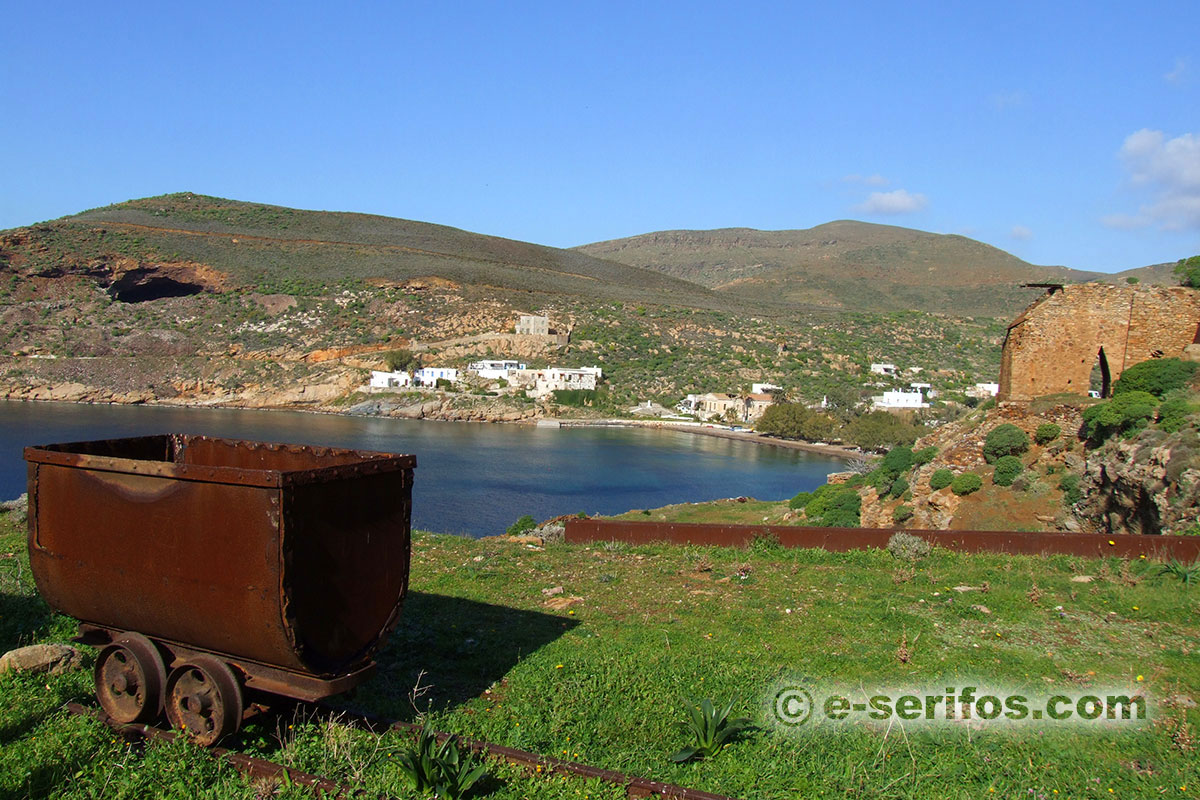 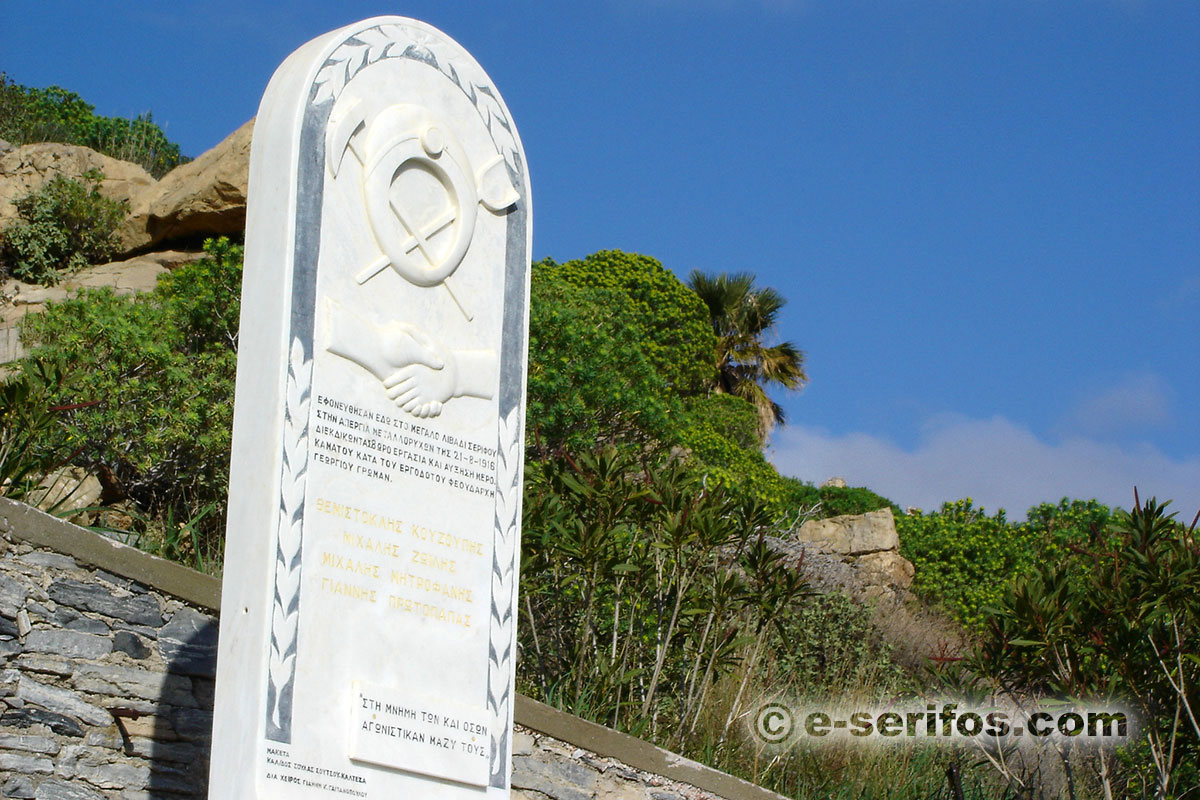