Where you will enjoy your drink in Serifos

During the night, Serifos reveals its other face! The face of entertainment!

Most of the bars are located in Livadi where the heart of the island’s nightlife beats.

Relaxing drinks by the sea, with lounge music that does not cover the sea sounds... and clubs with loud beats for fun till the morning hours!

Of course there are also bars and traditional cafés in Chora, at Mills’ square as well as in the island’s narrow streets, hidden here and there.

Here you can enjoy your drink or your tsipouro and watch people passing by while exploring the streets of Chora!

Those who want to spend a quiet evening looking at the Aegean Sea, in some tavern by the sea, can go to more remote settlements, such as Platys Gialos, Sycamia, or Megalo Livadi. 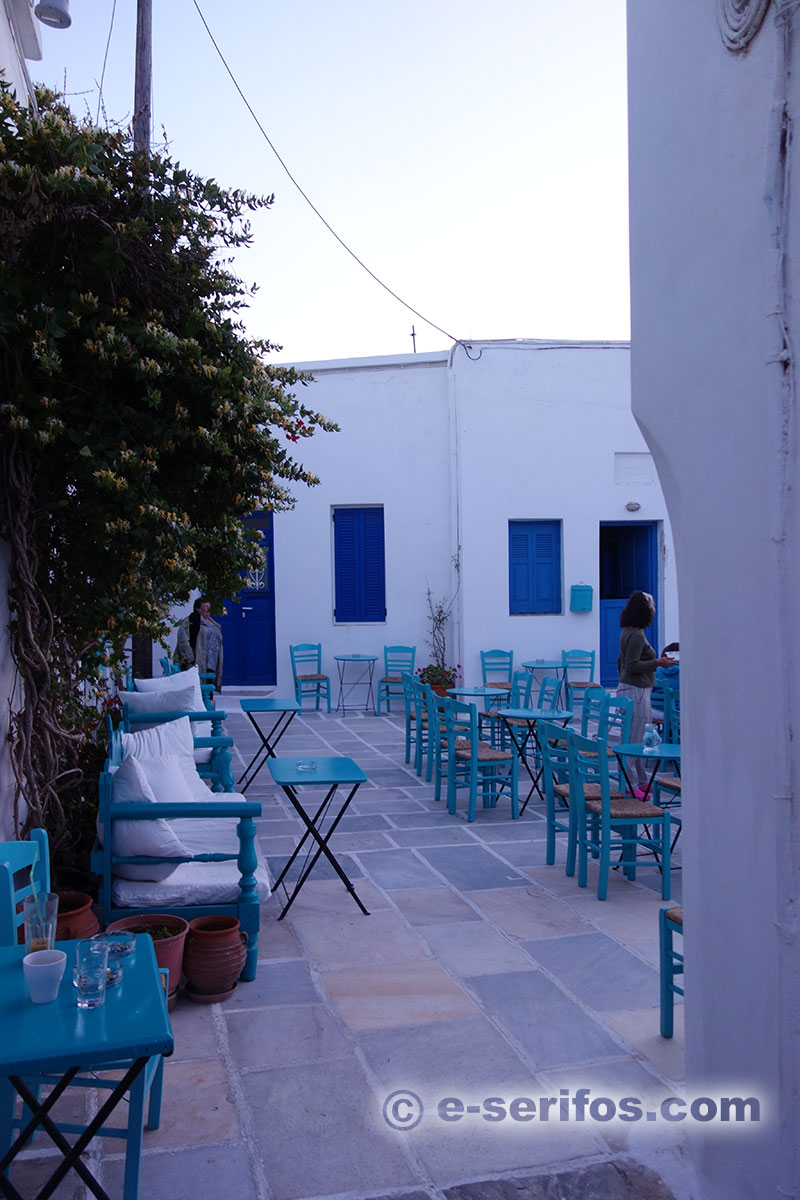 Most of the days of the year there are festivals! Don’t miss the chance to visit them! Ask the locals if there is any festival during your stay on the island. You shall have a unique unforgettable experience!

Some of the festivals that take place during the summer are the following: 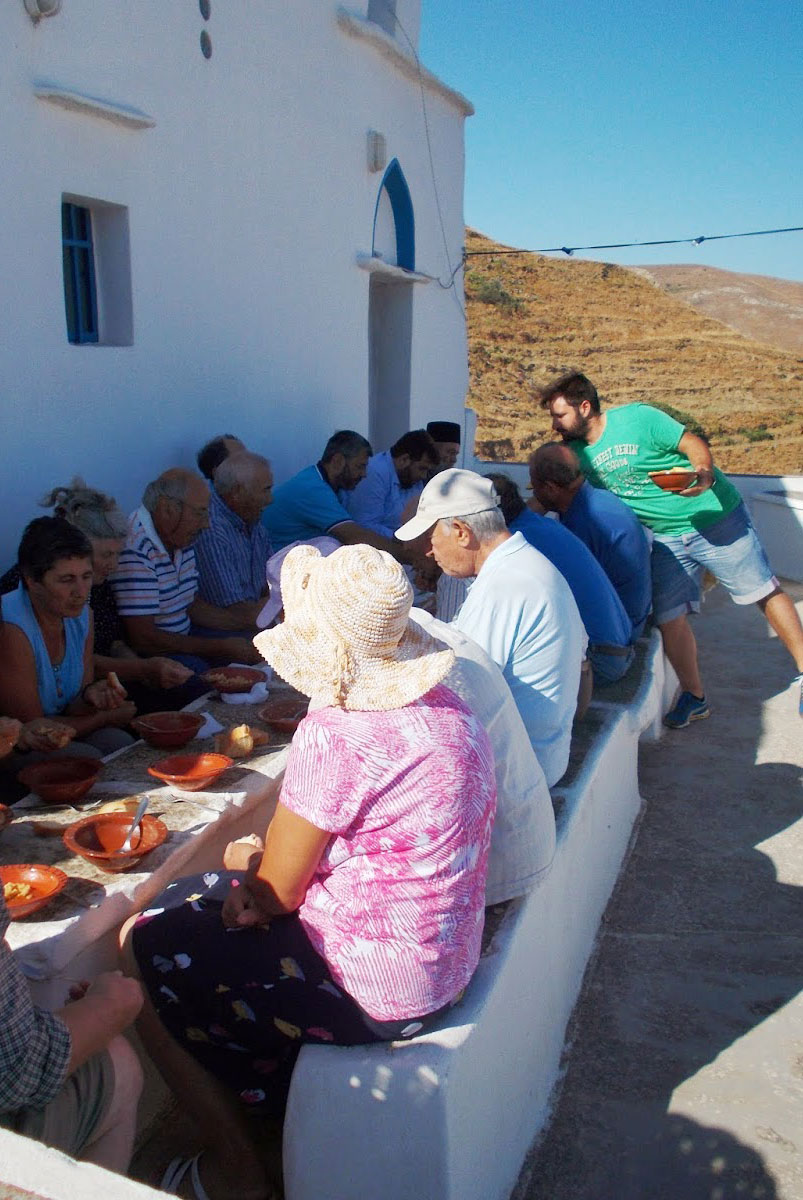